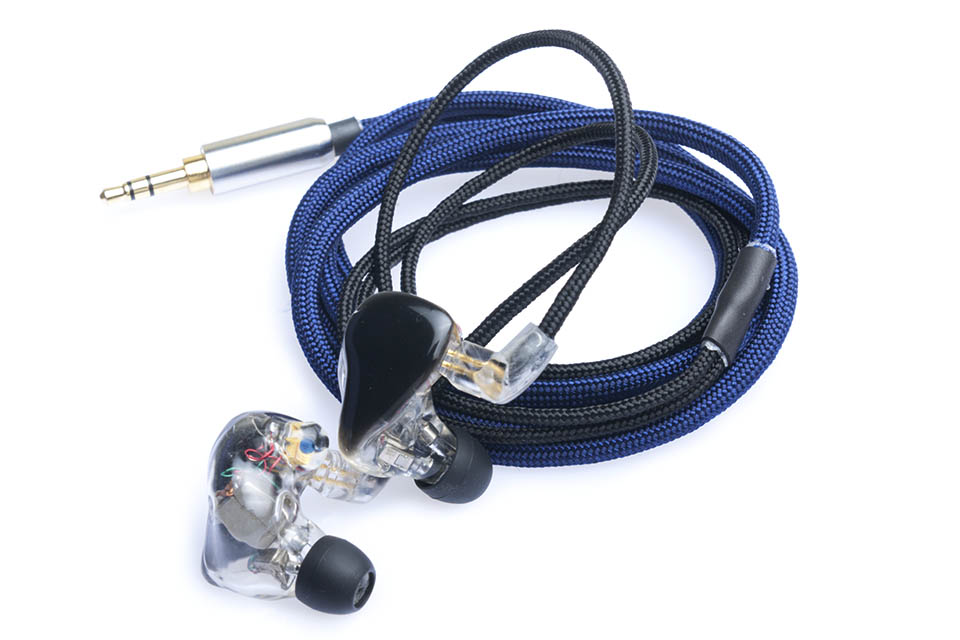 I don’t know much about Poland; the only things I knew were antiquated truisms — that it was the gateway to the eastern bloc and that it had a relative abundance of kielbasa. Other than that, I was pretty much clueless.

However, ever since joining head-fi, I found out that Poland had a much higher presence of audio resources than I could’ve ever imagined, and an audiophile community just as passionate as any. Quite a few regular members are from Poland, including Piotr “Peter” Granicki.

I first began corresponding with Peter about IEM design just over a year ago; I had just begun hanging around the DIY forums for Home-Made IEMs, while he was a veteran. We struck up a conversation about the design of IEMs and their intricacies — we discussed crazy Frankenstein setups, crossover implementation, and other topics that only the geekiest of the audio geeks would ever talk about! Thus we struck a rapport with each other; he became instrumental in the balanced armature chart project that I began, and was just all-around a helpful guy.

Thus, when I realized Peter had started CustomArt, I became curious about what he had to offer. He had long been involved with providing small services for his fellow Polish audiophiles, but had only recently decided to make it into a business. This is the way it starts for most members of the trade. He directed me to his Facebook page, where there were multiple examples of his work, from custom silicone ear tips to re-cables and interconnects, all to the tune of full-on, boutique customizability. The range of what Peter is able to do is very impressive, and he’s not stopping with cables — he’s working on even more interesting stuff (IEMs, ahem), but that’s another topic for another time.

I decided that I’d take a look at one of his cables. It was an eight-braid, OFHC cable, fully sheathed in nylon sleeving. As a true boutique shop, CustomArt can customize every single aspect of the cable of the cable — buyers are able to choose the type of connector head (recessed/flush, straight, right angle, etc.), and for any earphone type (standard 0.78mm two-pin, 0.75mm two-pin, MMCX, Sennheiser, etc.). Peter also told me that he offered over eighty (83!!! To be exact…) different colors of nylon sleeving. I have no idea how he gets so many colors, but I guess that if you really, really want a unique color of sleeving to match your CIEMs, you can get it from him. Since most people aren’t as radically colorimetrically-inclined, CustomArt has chosen to offer just a few basic colors for the time being.

In the same manner as with other cable makers, Custom Art offers an option-laden choice of termination; I won’t even bother to mention all of them, but basically, if you can think of it, he can probably find it for you. The shop is truly ‘custom’ in every sense of the word. Peter even tops off the package with an attractive wood case, which is a plus when it comes to packaging. 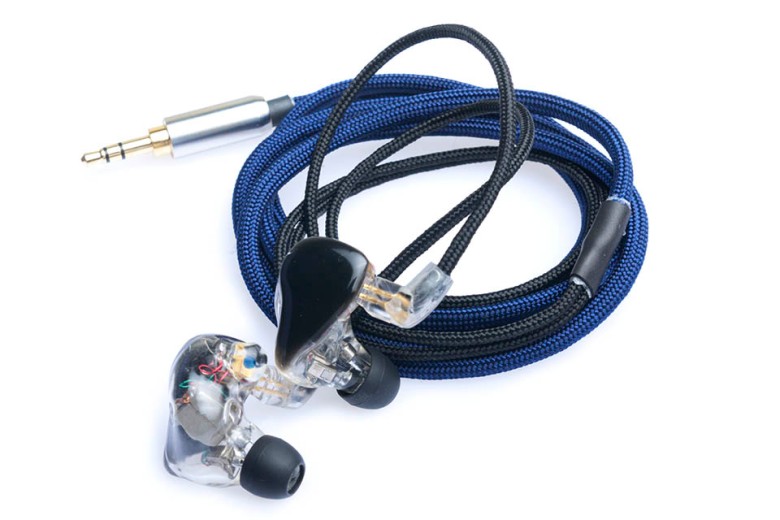 My particular cable was sheathed in a navy blue nylon sleeving below the y-split, and black above the y-split. There was no neck cinch, but I think that’s because I forgot to mention that I like neck cinches; while he doesn’t include one by default, I’m sure that if anyone ever needed one, Peter could definitely add one in. Peter outfitted the ends with the new L-shaped, clear right-angle pin connectors for the Westone/JH “standard CIEM” pin configuration (except they look “UE-esque” post-September 2010); the new pin connectors are my new pick for the best looking, most ergonomically sound, and sturdiest DIY-pin set — they’ve only recently been introduced and only a few cable makers are using them, but I envision a good majority of aftermarket builders moving to this set of pins because they simply look great and seem easy to work with. Build quality is quite sturdy — the y-split is finished in heavy black heat shrink with reinforcement underneath, and the termination is a simple (at my behest) brushed aluminum, straight 3.5mm plug that isn’t flashy, but well made and utilitarian.

Ergonomically, the CustomArt is bar-none one of the softest cables I’ve ever handled (if not the softest). I dare say that it’s almost too soft! Friends couldn’t believe that this was an 8-braid cable, and neither could I. However, it’s understandable that the cable can be so soft, because each conductor (28AWG outer diameter) is composed of 7 strands of 34 AWG OFHC copper. Made with a flat, dense braid, the cable can easily be as thin as any cable around, while being far softer, despite using tough PFA insulation. Even with the nylon sleeving, the cable is thin and manageable. The one drawback is that its softness, which rivals that of a stock CIEM cable, can make the cable feel too “floppy” if people are used to the stiffer “integrity” of other aftermarket cables. Thus, coupled with the cloth sleeving, the cable can sometimes be susceptible to tangling if anyone were to actively run around with it or stuff it in their pockets. If I were to make a suggestion, the nylon sleeving can be fitted a bit tighter to give a tauter, more springy feel to the cable, and to combat tangling. However, the cable is nothing unmanageable, and it feels right at home on a desktop. I’d rather err on the side of softness rather than have a stiff, microphonic cable that transmits every single body rustle and desk vibration into the ears. Peter is also able to build the cable unsleeved, with addition reinforcements at its points of contact. 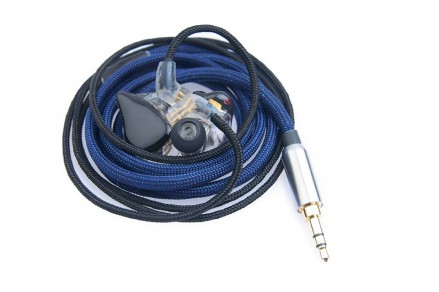 In terms of sonics, I found the CustomArt cable to be very pleasant. I usually tend not to remark much on the “sound” of cables because I feel that it’s up to the individual to decide, but Peter told me that the measured DC resistance of the cable was indeed less than that of a standard CIEM cable, so it’d be logical that there’d be sonic differences, however small.

In a nutshell, there’s a fuzzy pleasantness to the sound of the CustomArt cable. I want to make sure to say that it’s not “veiled” but there’s a hard-to-describe aspect to the sound. It’s quite difficult to explain, but the best way to explain it would be that the cable is gentler on the “attack” aspect of the ADSR description of sound. Even with this gentleness to the sound, everything still sounds clear, with a laid-back sound space. It was the only cable that I’ve ever used that was able to temper the overt sharpness of the Heir Audio Tzar 350, making it much more pleasant to use without EQ. It was also able to give the Tralucent 1Plus2 a smooth sheen, giving the normally aggressive 1Plus2 a much more laid back character. Thus, I found the cable to be very inviting to listen to for long periods of time, just as the nylon sheathing made it seem even the more suited for indoor use.

Overall, I believe this 8-braid copper cable is a great representative of the CustomArt brand and Peter’s style of audio. It gives people the choice to choose whatever they want on their cable, from connectors to colors, while delivering a relaxed, but clear sound that soothes the mind and encourages the user to keep listening for long periods of time. It is a fully-boutique cable and a great leading product for this little Polish workshop. At $99 + shipping (depending on the options, it might be a little more or less), it won’t break the bank either.

I’m quite looking forward to what CustomArt has in store for us in the future!

For more information on Peter’s CustomArt and its services, visit its Facebook page; the official website is still under construction.