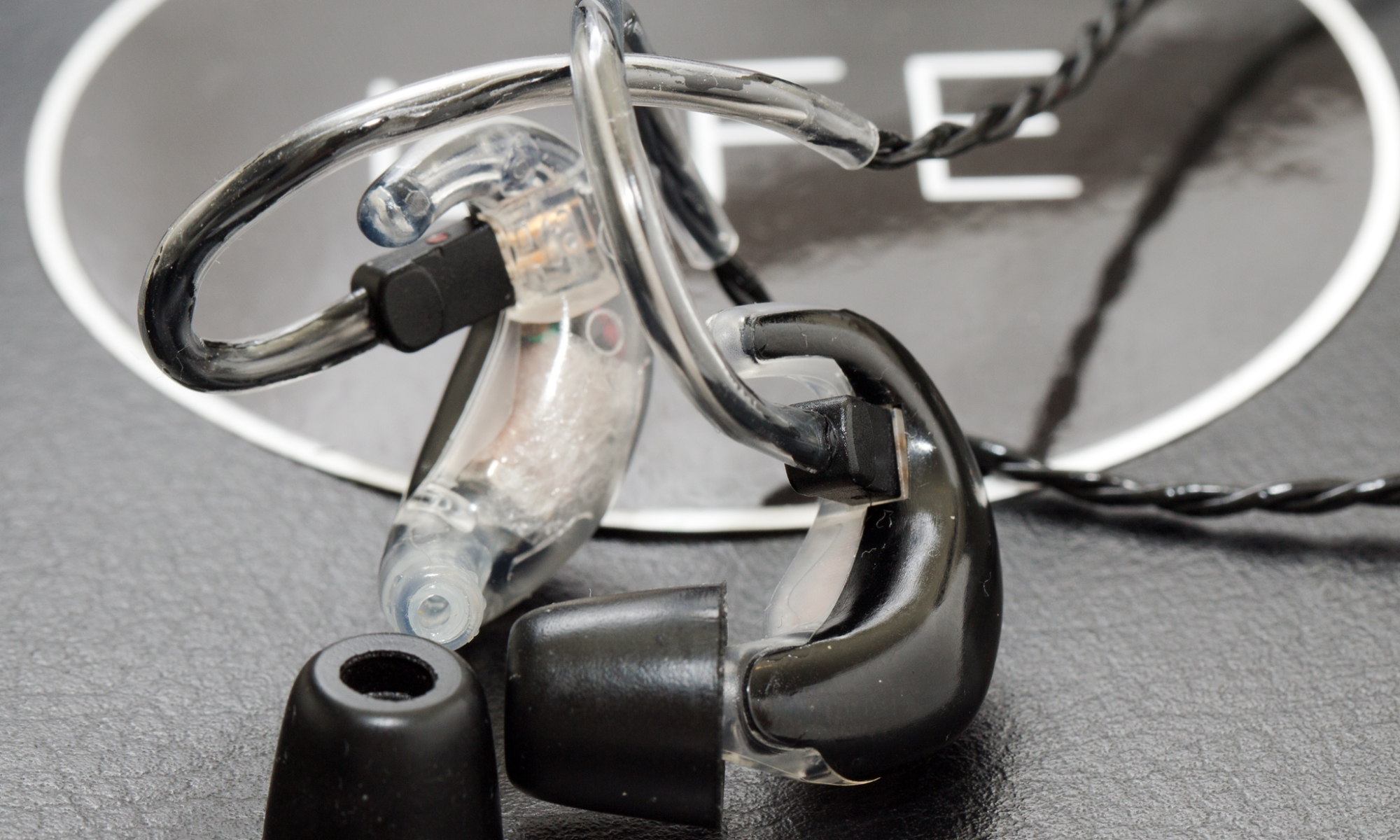 Editor’s Note: We tend to publish in bursts. That’s just the way it works when none of us on the writing roster does this for a living — we write when we can, and all of us do it essentially on a volunteer basis. Not having much activity in between these bursts doesn’t mean we’re not working behind the scenes. After all, CYMBACAVUM is not purely a review platform; we seek not only to identify folks doing good work within the audio community, but also to push for ever better standards of performance. We may never be the first to “review” something, but we always strive to be the most insightful.

This piece was a collaboration between Mr. T [@tomscy2000] and speakerphone [@farbic], with speakerphone providing the critical data for our in-depth technical analysis.

Crowdfunding is the IT thing to do these days when it comes to niche audio. It makes perfect sense, as high-end audio will always have a limited market, and there are few more voracious consumers than audiophiles. Indeed, crowdfunding was designed for niche markets, and one can find analogous markets to audiophilia in other walks of life, e.g. specialty coffee, crafts, etc.

So it’s no surprise that LIFE Acoustics, a little known earphone and lifestyle company out of Minnesota, took to Kickstarter for their virgin campaign. The project quickly met threshold within a month (albeit at a relatively low $10,000 compared to some other projects). Partnered with hearing aid manufacturer Blue Gear, LIFE‘s first earphone model is one that appears very similar to Alclair Curve (Alclair is also a Minnesota-based company, albeit one that concentrates on custom in-ear monitors).

But before you cry foul and call the LIFE earphones an OEM rebrand, LIFE Acoustics have claimed their earphones possess a different sound signature (along with a different colorway). Where LIFE really differentiates itself from its counterparts, however, is in its brand mission: the startup has a noble plan to turn the audio business into social entrepreneurship. For every earphone sold, LIFE intends on match-funding a pair of hearing aids for underprivileged children. In a world where social entrepreneurship has become à la mode through brands like TOMS shoes, it’s a wonder no audio companies have gone this route until now!

I’m sure this mentality is the reason why LIFE‘s Kickstarter managed to pass their funding threshold so quickly, and as LIFE have positioned themselves as an active lifestyle brand, they’ve managed to seek out the widest possible audience. Nevertheless, as a website oriented toward the high-end in audio, we evaluate things from a sound-centric perspective.

“The startup has a noble plan to turn the audio business into social entrepreneurship.“

During our brief time with the LIFE earphones, they were indeed quite comfortable. Its crescent-shaped body fits neatly within the ears, and while they don’t fit perfectly, they’re nonetheless very cozy feeling. The vast majority of people should find these earphones to be a great fit. They’re also fairly easy to insert and remove.

The removable cables are a perk, especially for performing musicians on the road, and we can envision gigging musicians in need of a temporary (non-custom) solution using these earphones while on stage.

We were a little surprised when LIFE Acoustics asked us for input on their earphones, as they didn’t seem particularly garnered toward the enthusiast crowd as a company, but the LIFE earphones themselves do actually hold a good deal of hi-fi potential.

If you’re the type that appreciates some good bass kick and warmth overall, the LIFE earphones are a natural fit. The low end kicks nicely and warmth covers most tracks in a fairly pleasant manner — the vented woofers of the 1723 drivers deliver good bass extension and texture for their price.  The soundstage is well-formed, though not especially wide. This type of sound tuning is well-suited for listening on the go, as the bass and treble are accentuated relative to the midrange. Thus, the midrange is relatively recessed.

If we examine the LIFE earphones with our measurements, they agree mostly with our subjective impressions — they possess a requisite rise in the 1-2.5 kHz region, albeit muted compared to more accuracy-oriented products, and no substantial notch responses in FR anywhere.

From a technical standpoint, the least appealing part of the LIFE earphone is its treble extension (or lack thereof). The 1723 AcuPass drivers are not known for their overwhelming natural treble extension, but require careful tuning of the acoustic path and a very specific insertion depth target. At a reasonably deep insertion depth (~3 mm away from the eardrum), the LIFE earphones fall short, rolling off after a resonance peak at 10 kHz.

This roll-off is reflected subjectively through the LIFE‘s inordinate warmth, glazed with a wooly veil throughout. This excessive warmth goes away with a shallower fit (at the expense of sound isolation and peakiness to treble).

Based around the Sonion 1723WT03/9 dual driver BA assembly, the LIFE earphones have a very solid base to build from. You may have seen these drivers used in earphones such as the TDK BA200 (link to review), CustomArt Music Two (links: review, thoughts), Livezoner41 LZ2/Lz4, CanalWorks CW-L12, and FitEar Parterre. We even wrote an entire analysis piece on the usefulness of this driver assembly (link).

It’s due in large part to these drivers that the LIFE earphones have such potential — we haven’t disliked a product that has used these drivers yet, and it’s a good thing LIFE Acoustics went with these drivers. It’s also because of these drivers that the rest of this piece will be so technically-oriented; as pre-assembled drivers, its fundamental properties (impulse, decay, distortion, phase) are set pretty much in stone and quite good, so there is little to carp on with respect to the earphone’s ‘intangible’ qualities such as timbre or soundstage. But we do have suggestions to modifications for its frequency response.

The 1723 aren’t the smallest drivers around, so it seems they had to compromise on the length of the acoustic output — the 1723 sound best when placed at tubing lengths of <10 mm, and while LIFE didn’t tell us what the length of their output path was, our estimates place it at around 15 mm. If you read our analysis piece on the 1723, you’ll see that a 15 mm output length induces excessive peaking at around 4 kHz and reduced treble output >10 kHz. The undamped response of the LIFE earphones correlates fairly closely with these characteristics.

We would suggest that LIFE Acoustics move forward the drivers to shorten the acoustic path, but it seems there is little room to do that within these small, ergonomic shells. 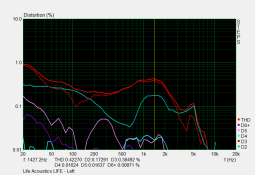 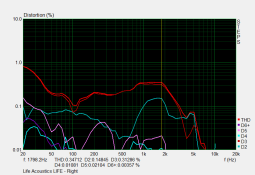 In the interest of altering the response of the LIFE earphones, we performed some tests. While we’re not advocating that you void your warranty by following suit, we took off the green damper used on the earphones and tested other value dampers.

The final recommendation that we can give for a quick modification to the LIFE earphones is to remove the damper and to use foam tips to control resonances. Foam tips (such as Comply foams) have a tendency to reduce treble peaks, particularly the third and fourth resonance peaks of earphones. Our subjective experience shows that while an undamped response can sound a little harsh (though not inordinately so) with silicone ear tips, most harshness is well-controlled with either Comply foams or high-density (firmer) foam tips (such as those from JVC). We’ve been rocking these two types of foam tips exclusively on our modified LIFE earphones to great effect — they handle all types of genres well, with the all-important midrange and upper-midrange brought forward, along with controlled bass that doesn’t obscure anything else. With the modifications, we can first chill out to Diana Krall, then instantly Whip and Nae-Nae with the best of them.

As can be seen in the following diagram, the LIFE earphones, without any dampers applied, are able to follow the Olive-Welti target somewhat closely, albeit with treble peaking. Foam tips should be able to tame those peaks and deliver a response that follows the Harman International target within +/- 5 dB from 100 to 10,000 Hz. The unfiltered sound is very detailed and will exhibit the true potential of the AcuPass drivers. The only major drawback to modifying the earphones (and subsequently using foam tips) is that the earphones become incredibly sensitive — you’ll have to turn down the volume quite a few notches to match the same volume levels.

While these modifications will give enthusiasts the kind of hi-fi style sound they’re looking for, it’s not a long term solution. First of all, removing the dampers increases the risk of foreign bodies falling into the acoustic path and blocking sound. LIFE can elect to use a wax guard like Sonion’s C-Grid, but frankly, they don’t look very good. A compromise would be to add a grey 330 Ω damper, but once again, dampers filter away high frequencies, giving them only a 3-5 dB of improvement over the original tuning — not a trivial difference, yes, but not as much as what we’re looking for.

Really, the best possible way to enhance the sound of the LIFE earphones is to switch to another driver assembly. Since they already have Sonion as a parts supplier, I would suggest they try out the new 26-E25 drivers. They too take advantage of AcuPass technology, but have the added benefit of being a second generation product. The 26-E25T is being touted by Sonion as having the best treble extension of any driver unit/assembly they’ve ever produced, with bandwidth going beyond 18.5 kHz (when acoustic pathways are kept nominal), so this is a product that will make up for the chief flaw of the LIFE earphones. Additionally, these drivers are even smaller than the 1723WT03, so there will be more flexibility to where the drivers can be placed, and how long the acoustic path can be. Should LIFE Acoustics decide to go for an “audiophile” version of their earphones, these are the drivers to use. They will likely cost more in terms of unit price, but enthusiasts have never been deterred by price. If a re-tuned and improved version of the LIFE earphones needs to cost $299 (or more), audiophiles will not hesitate to pony up for them if they sound great.

What’s in the future for LIFE?

Well, hopefully they stick around. Their company mission is admirable, and the founders are enthusiastic. What they lack in experience, they make up for in a willingness to try new things. The LIFE earphones are a good, solid start to hopefully a bright future for this young Minnesotan company.